Until Dawn Wiki
Register
Don't have an account?
Sign In
Advertisement
in: Characters, Male, Supporting Characters,
and 4 more

Scar (as a Wendigo)

Killed by Sam or Mike

William[1] "Billy" Bates (also known as Patient 9 in the Sanatorium records) was a member of a blasting crew which worked in the North West Mines in late 1951 and a possessed Wendigo. Billy Bates is a patient at the Blackwood Sanatorium during the events of The Inpatient (before the events of Until Dawn). He is voiced by actor Matthew Gallenstein, 3D facial model provided by Jack Green.

He is one of the secondary antagonists, during the second half of Until Dawn.

Billy had a scar on the top of his head that Mike uses to identify him.

Billy was married to a woman named Agnes, and had a young daughter, Louise, but he seems to have been having an affair with a woman named Loretta as revealed on the Romantic Postcard.

Billy was one of the mine workers who became trapped for 23 days after a part of the mine collapsed on 13 December 1951. He and the 11 other miners survived by resorting to cannibalism. They were finally rescued on 5 January 1952.

After their rescue, Bates and the others are named as "The Miracle Men" in the press, and were cared for with the other survivors at the Blackwood Sanatorium, where they were studied due to unusual physical changes that occurred during their recovery.

The miners eventually became violent and on 24 February 1952, after attacking and killing some of the staff including Dr. W.B. Cathcart, Adam White, Charles Miller and Evelyn Daniels, they escaped and were never heard from again.

As a human, Billy appears in a number of the Patient's memories, if the latter finds the specific objects required to restore said memories while wandering Blackwood Sanatorium. Memories are sorted by dates:

While the Patient explores the ruined Sanatorium, (s)he can encounter a Wendigo with a scar - same Wendigo who was identified as Billy Bates by Mike later on.

During his investigation in the Sanatorium, Mike found an old case study documenting Billy Bates' physical changes. Mike noticed Bates had a scar. He later saw this same scar on one of the Wendigos, leading him to suspect that Bates and the other miners had changed into Wendigos.

Billy chases Mike all the way to the entrance of the Sanatorium where Mike can either choose to shoot him or a barrel of gas, blowing up the Sanatorium in the process. 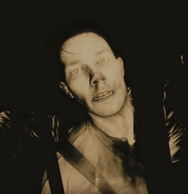 Billy in the Sanatorium.

Patient 9's transformation into a Wendigo.

Billy begging Bragg for something to eat.

Billy as a Wendigo.